A RESOUNDING SUPPORT FOR THE OFFENSE, SAMUEL BUČEK SIGNED A CONTRACT WITH HC SLOVAN

The young forward started hockey in the youth categories under the mountains of Zobor. However, at the age of 16 he decided to try hockey overseas, where he played two seasons in the top junior competitions USHL and QMJHL.After returning to Slovakia, he returned to his native Nitra in the 2018/19 season, where he became the top goal scorer of the Tipsport League with 39 goals scored. He also became the most valuable player in the playoffs in the same season, helping his team reach the finals.Last year he started in the highest Finnish competition in the team KooKoo, from where he returned to Nitra during the year. In the "Corgoň" jersey, he was once again one of the key players. He scored 15 goals and 12 assists in 42 games. A clever right-hander in the Slovan jersey has a high potential to be one of the leaders in point statistics, which can also move him into the Slovak national team.Samuel has had successful junior championships playing for Slovakia (WC 20 and WC 18), as well as a few starts in the senior\'s national team."We are acquiring an exceptionally talented hockey player who has great potential to be one of the productive leaders of the team. At the same time, the player will continue to advance in hockey growth, which can mimic the attackers from last season, who got into top European competitions through Slovan, "said head coach Roman Stantien.HC SLOVAN Bratislava is joyfully awaiting the arrival of the young forward and wishes him good luck in the upcoming season. 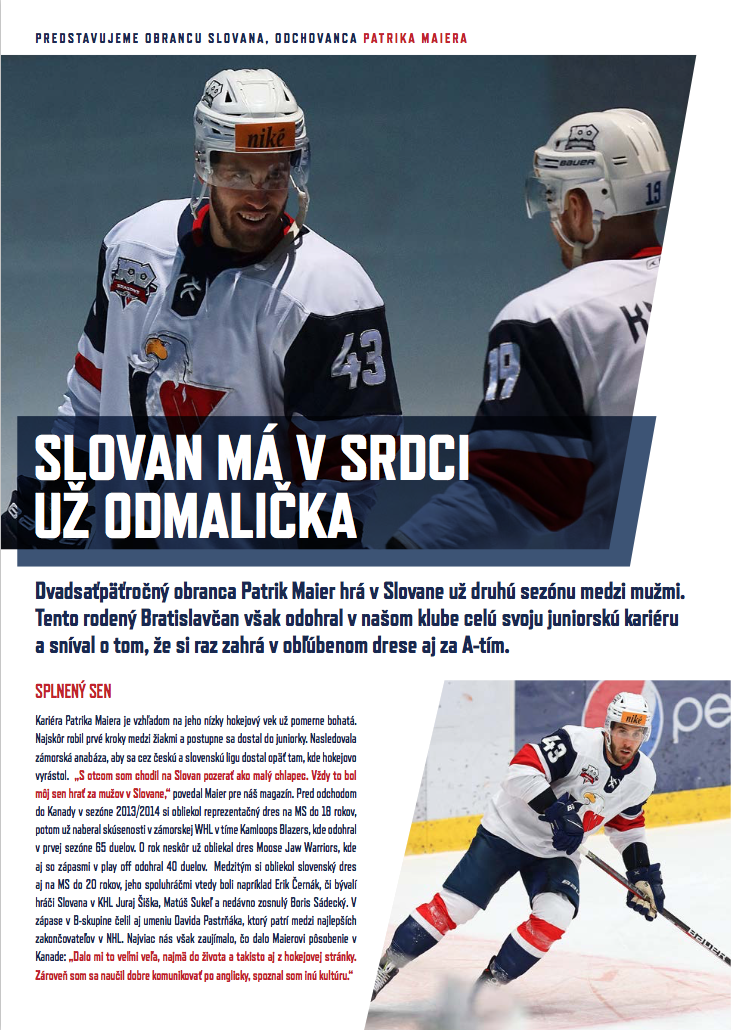